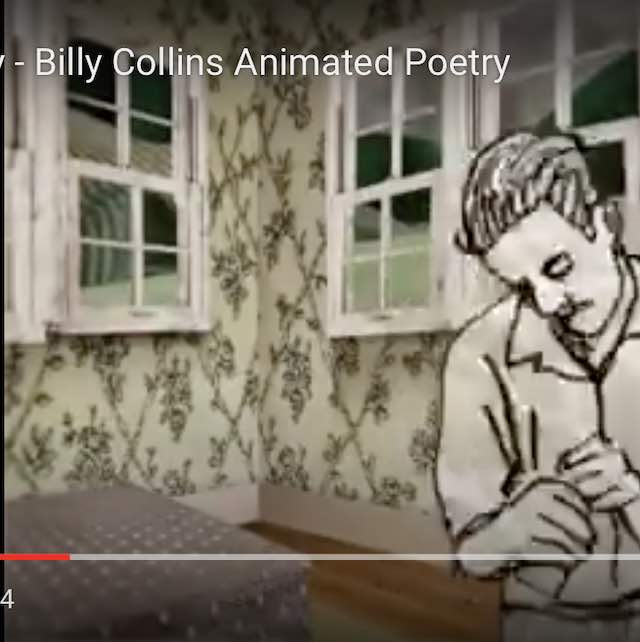 The poetry of Billy Collins has quite a reach on the internet. There is a false dichotomy between poems that are reasonably direct and easy to take in and notions of intellectual complexity and depth. I love Collins, for thumbing the eye of such pompousness.

One poem that is well suited to teaching is "Workshop" which is easy on the brain, but also as rich as any I've found in language about language, poetry about poetry, and similar abstractions that open levels of meaning beyond the surface message of the text. It's also funny. Really funny.

Another great thing about these poems is they still get the idea that poetry can move on an emotional level. Ever since I heard Collins read it a couple of years ago, "The Lanyard" has been one of my favorites. Again, funny, but also touching.

It also turns out that there is a small YouTube cottage industry springing up around composing adaptations of Collins's poems. Check out all of the versions of the poem "On Turning Ten."

A nice example of a recasting of the poem is "The Country." The visuals really do give the work an extra kick. In some ways, I sense a connection here as well with ideas about the future of English Studies. There are, for instance, somewhat similar videos set to Wordsworth's "My Heart Leaps Up." When it comes to poetry online, "the child [may be] father to the man," but "The Country" is getting "Favorited" big time.